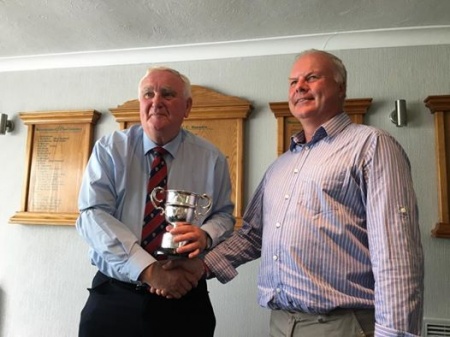 Derek served as match manager for Herefordshire's Minor Counties side from 1991, the year before they were accepted into the Minor Counties competition, right up until the end of the 2015 season. As well as this he also played for Hereford City CC for many years. Derek was also the Herefordshire winner for Lifetime Achievement in the Natwest OSCAs (Outstanding Service to Cricket Awards) for 2016, but sadly was unable to attend the Natwest OSCAs award ceremony and dinner, at Lord's in October.

Congratulations to Derek (who is pictured above being presented with the trophy at New Road by Herefordshire Cricket Ltd's Operations Director Steve Watkins) on his well deserved award.